Greek myths are the stories about Olympian gods, which origin from ancient Greek. Whilst they have their own distinct personalities, their stories also reflect the environment and civilization of the society at that time. More famous characters include the head of the gods “Zeus” and the god of the sun “Apollo”, etc. Moreover, ancients adopted Greek mythology as a theme to create art pieces, such as paintings, embossments and sculptures. In addition, some films and dramas utilize Greek mythology as their subjects. Audiences can understand more about the contemporary religious, culture and politics of the society while enjoying the shows. Dear children, how far do you know about Greek mythology?

We can make use of the resources in the Multimedia Information System (MMIS) to obtain more knowledge about Greek mythology such as the CD-ROM "Pandora's Box " and the e-book "Brick Greek Myths: the Stories of Heracles, Athena, Pandora, Poseidon, and Other Ancient Heroes of Mount Olympus". These materials introduce the stories of many gods who live in the Mount Olympus and their culture through interesting bricks’ pictures, or touring and building a temple in the game. Let us enter into the MMIS to know the interesting Greek mythology easily. 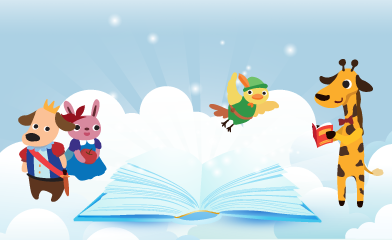